It is my pleasure to invite all Nordic go players to the ’Go Retreat at Ask Island’ in Bergen, Norway on 3–9 August 2020!

It has long been my dream to start holding events in Northern Europe that bring together traditional Asian go philosophy and the Nordic lifestyle. Last year, by chance I came upon the Ask Retreat Centre in Bergen, which seemed like the perfect location to try out my concept. The retreat centre has many separate buildings that are made for meditation and yoga, but also make for a great go-playing environment – you can check out some of the retreat centre’s photos here. Together with our team of organisers, we are looking to create a relaxed learning experience where you can make acquaintances with other go enthusiasts from the Nordic countries, and also around the world!

Because our venue is relatively small, we can only host 30 people, including the organisers. There are in total 14 accommodation spots at the venue for students, and we can additionally take in eight students who arrange their own accommodation. At the time of writing, there are only five spots with accommodation and six spots without accommodation remaining – so, if you want to register, please respond to this email (send an email to antti@tormanen.net) as soon as possible! For the time being, registering is not binding.

The full participation fee of the go retreat is 800 euro for six nights, which includes accommodation, teaching (lectures and reviews of league games), three vegetarian meals a day, morning yoga, side activities (go-related and not), and car transport from Bergen airport to the venue and back. If the participant arranges their own accommodation, the fee is 300 euro.

The Ask Retreat Centre provides us wonderful recreational facilities. As you can see in the attached promotional leaflet, the venue itself is stunning, and we can easily arrange mountain hiking and fishing trips. There is also a sauna and swimming possibility, and one of the many buildings we have rented includes a video projector and audio system.

Join us to make this retreat a success!

On the 12th to 13th of October the Norwegian Championship 2019 was held in Oslo. 33 players attended from 3 countries, 9 more players than last year! There was a good spread of players from 20 kyu and all the way to 3 dan, and enough players around all ranks that everyone got some good, even opponents to play against.

After the two Swedes the top players shared 3rd to 7th place with the same score of 3 wins and 2 losses. And 3rd and 4th place was shared between the two Hanevik brothers, who even had the same SOS score!

Severin Hanevik did in the end receive 3rd place in the tournament, decided by SOSOS, and thus he was the best placed Norwegian player and keeps his title as Norwegian Champion.

Full result list can be seen at the European Go Database. 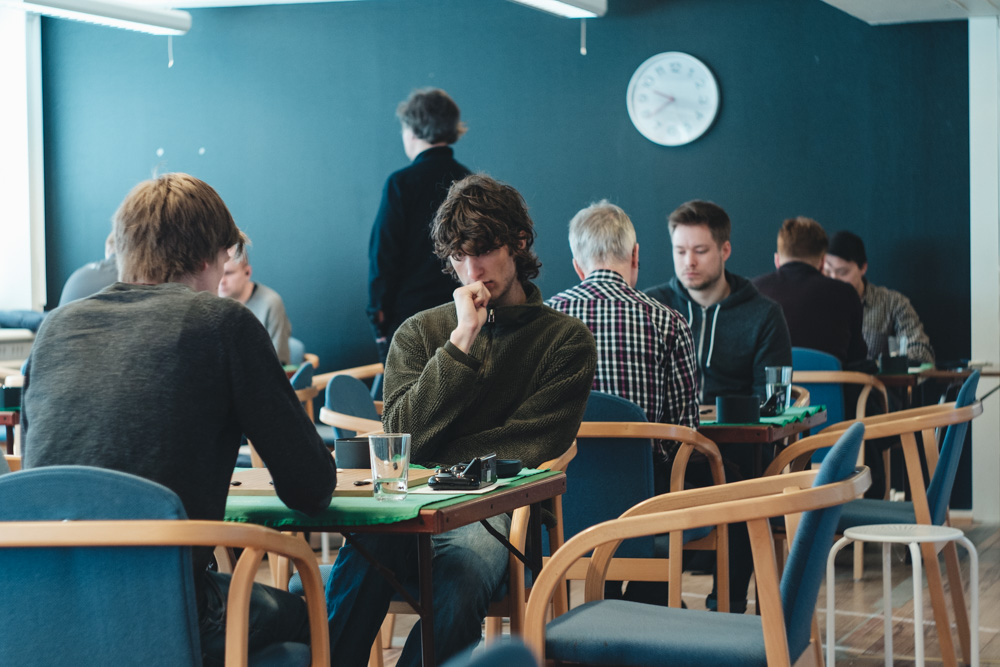 Maillister for Go i Norge